“The world of the horse”

Studio Noa Verhofstad created and designed 5 windows commisioned by Hermès in de Bijenkorf in Amsterdam. The windows can be seen till the 20th of october 2015.

The history of Hermès started with horse riding. We decided to create a whole world around it, full of tiny details. We were inspired by the beautiful stables and arena's of Versailles and builded a complete stable and arena on scale. Everything is made out of wood and later provided with a thin layer of red velvet. Exactely the same color as the collection of this season. 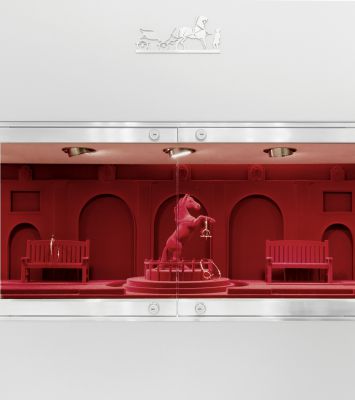